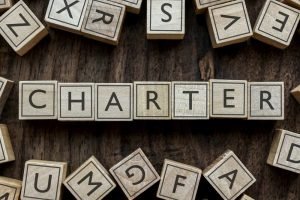 Since the first charter school opened right here in Minnesota in 1991 after a decade of public school reform, families throughout the United States have increasingly taken advantage of this high-quality alternative to traditional education. In fact, in 2017, Harvard’s Ed. magazine reported that charter schools represent a third of the U.S. News and World Report Top 100 Schools even though they educate just six percent of the country’s children. If you’re exploring the question of charter schools versus public schools for your children, learn more about the benefits of charter education in the Hennepin County area.

According to the 2015 Urban Charter School Study by Stanford University researchers:

In one of the first longitudinal studies on the academic benefits of charter schools, researchers from Mathematica Policy Research, Georgia State University, and Vanderbilt University found that students who attended Florida and Chicago public schools were up to 15 percentage points more likely to graduate than their public school counterparts. The charter school students were eight to ten percentage points more likely to attend college than those who attended public high school.

Experience Better Satisfaction In Your Child’s Education as a Parent

Increased Attention In and Out of Class

Since many Minnesota charter schools have a smaller class size than the corresponding traditional public schools, these institutions offer the individualized attention your child needs to excel. Thus, the charter school setting is often a smart choice for parents whose children have special educational needs. The ability to meet with a teacher one-on-one often dramatically increases a student’s academic prospects. For example, the Wall Street Journal reported in 2017 that the number of students who achieved state math proficiency in Central Harlem doubled from 2013 to 2017. Students attending neighborhood charter schools represented 96% of that increase.

Charter schools are free to develop their own curriculum outside state and federal guidelines, which appeals to parents whose children do not thrive in a high-pressure environment with rigorous standardized testing.

Often, charter school students can “major” in an area of interest, such as performing arts, STEM, or foreign language. They can develop a specialized course schedule to prepare for high school education and beyond.

If you’re intrigued by the potential benefits of a charter school for your family, consider the outstanding experience your children will receive at Beacon Academy. We have created a small learning community that thrives on personalized attention and parental involvement. Our campus in Crystal, Minnesota, offers tuition-free education for students from kindergarten through eighth grade. Contact us to schedule a tour and learn more about the admissions procedure for our elementary students.